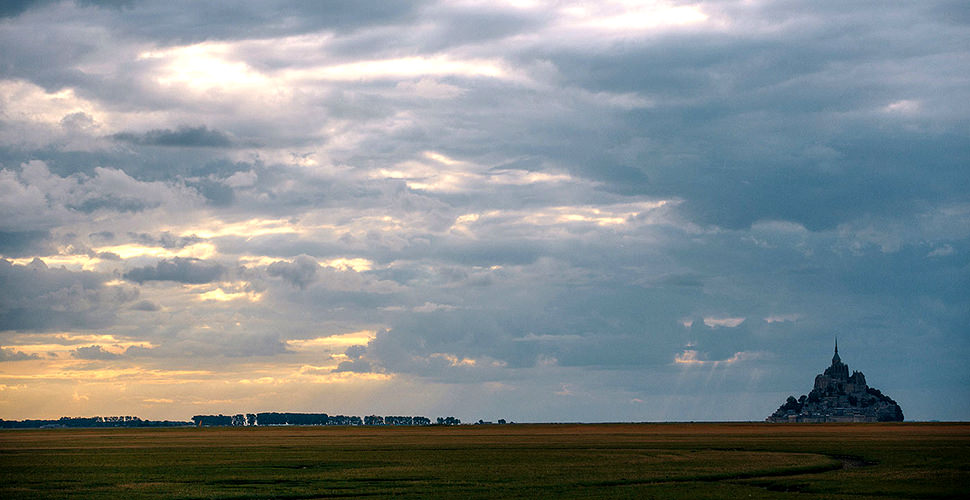 In order to understand why, we need to talk a bit about perspective. So, what is perspective?

Perspective in photography refers to the dimensions of objects and the distance between them and the camera. It also relates to the position of the human eye in relation to the objects in an image. The farther away an object is from the human eye, the smaller it becomes. It may seem even smaller if there is another object in the foreground that will look larger because of the relationship between those two objects.

These are the  two rules of perspective that you should be familiar with:

Look at the photo below as an example – the stone in the foreground looks as big as the mountain peak in the background. This is obviously due to the fact that we are standing very close to the stone and we are quite far away from the mountain. Moving in closer will make the stone to appear even bigger, while the mountain will continue to appear more or less the same size. 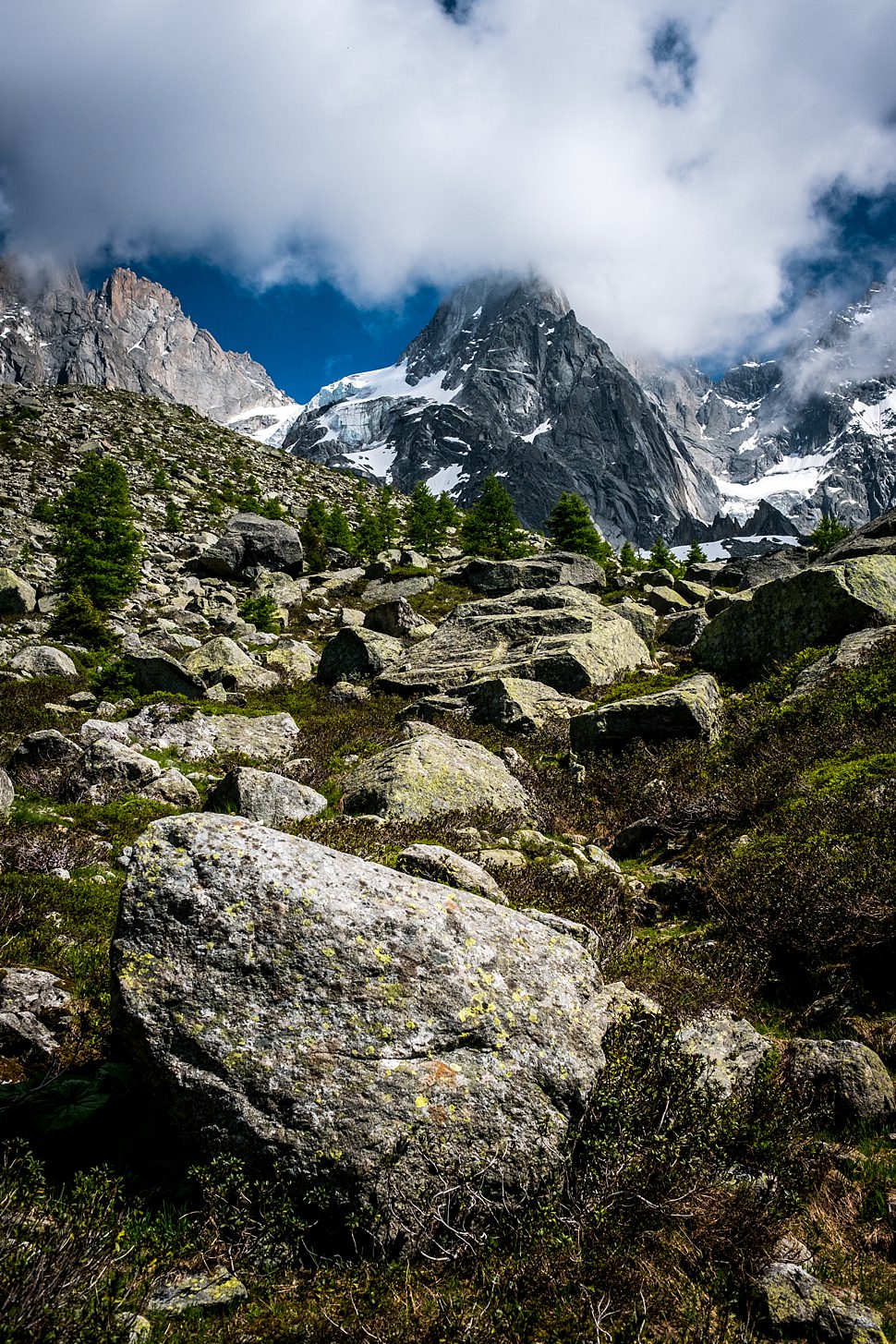 So, why photograph landscapes with telephoto lens?

You can simplify your scenes by creating an order out of the chaos by using a longer (telephoto) lens. Just search for repeating or complimentary lines, patterns, shapes, layers, and textures and zoom in on them! Leave out of your photos everything that does not need to be there. 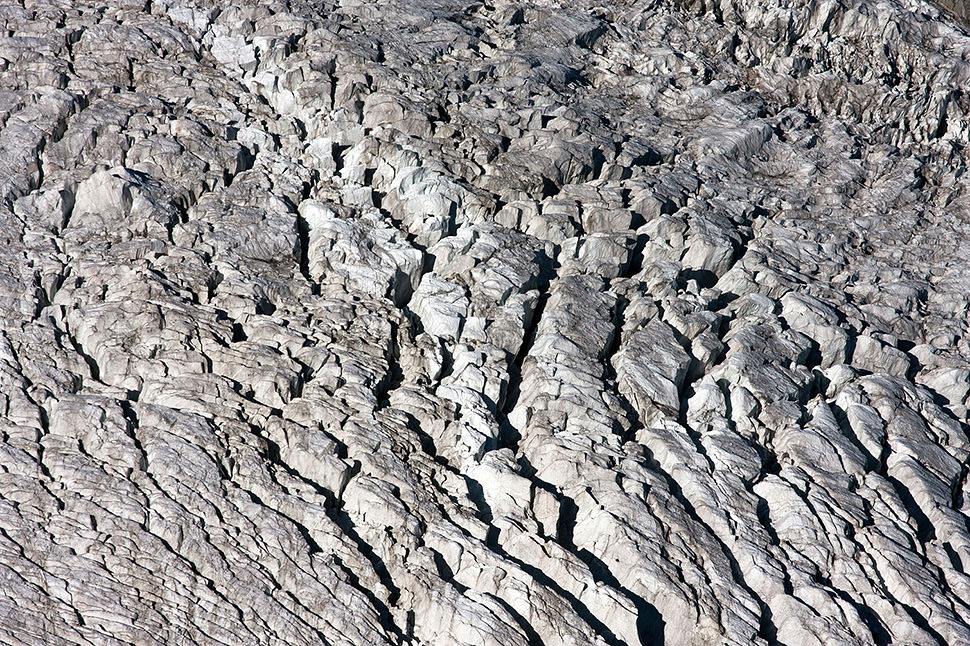 Telephoto lens will let you compress the foreground and the background and make them appear closer to each other. Look at the photo below – although there is a huge valley between the climbers and the mountain in front of them, they appear very close to each other. 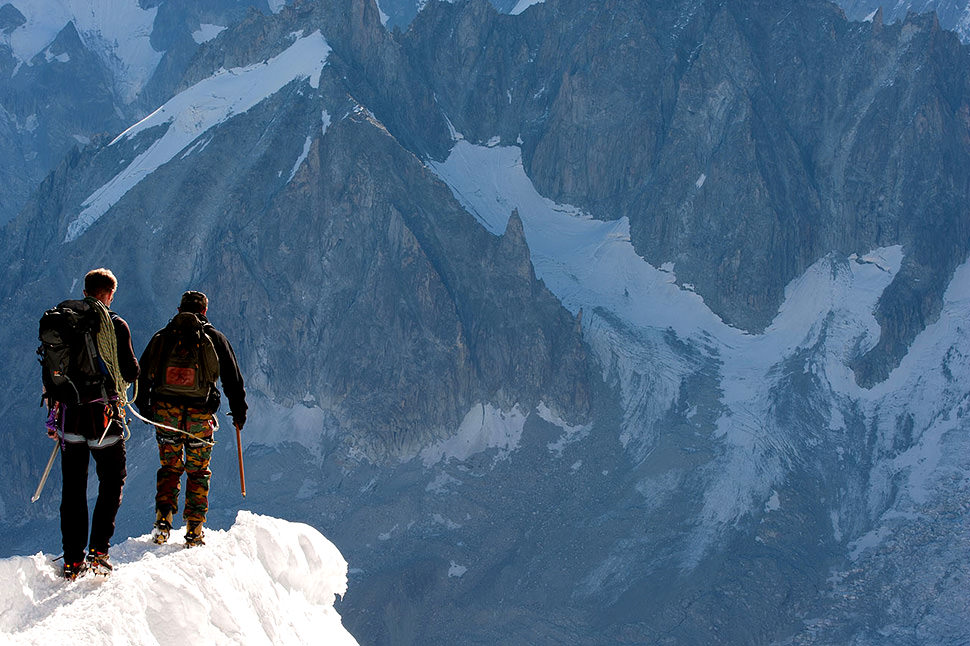 Creating panoramas is also easier when using telephoto lens -wide angle lenses will stretch and bend the objects in the corners of your photos and stitching the panoramas will be much harder.