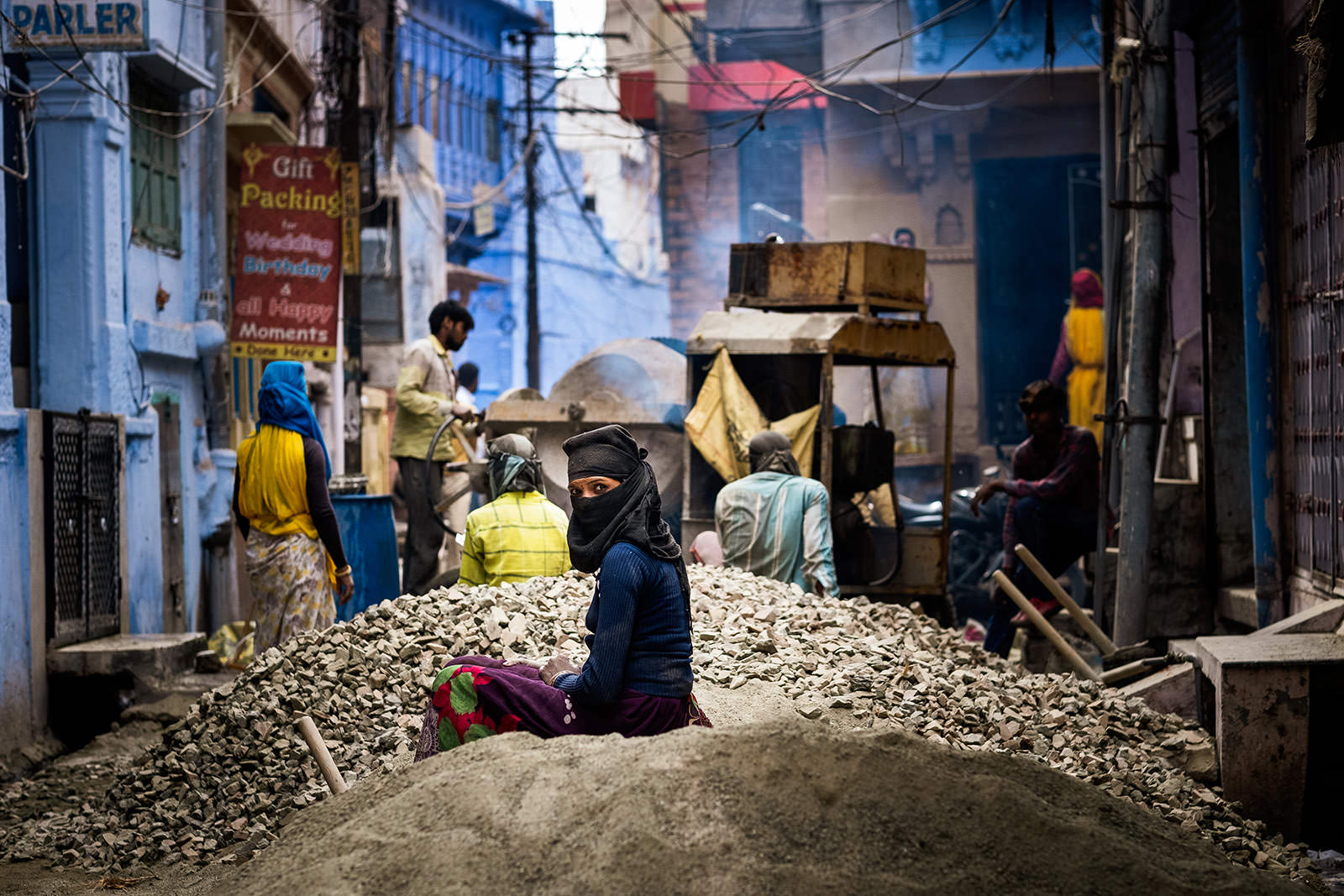 I took the photo above during my 2019 Photo Adventure in India. I was walking around the old city of Jodhpur when I noticed a construction site in a small opening between the buildings. Something caught my attention and at first I couldn’t say what it was. I stopped and looked for a while and suddenly realised that most of the people working on the construction are women. It was a shocking discovery.

The women were moving big baskets with sand and rock on their heads seemingly effortlessly despite the heat. I saw the guy supervising the construction and approached him to ask why so many women work this hard job. He said that he employs women because they are paid less, but work as hard as men and some of them even harder.

He was a bit reluctant to allow me to photograph there, but finally said ok and I moved on the side (considering where the good light is and what will my composition be based on that) and waited for an interesting moment to happen. It came a bit later when the woman in the photo sat to rest a bit. My camera was ready, I picked it up, framed the shot and hoped she will look at some point my way. She did.