Histograms are a fairly basic part of photography but they’re easily overlooked and most beginner photographers find them intimidating. Don’t worry if you have no idea what one is or how to use it! You don’t need to use a histogram to be a good photographer, but they can be very handy in certain situations. This blog post will look at what a histogram is, and how you can use them to properly expose a photo.

So, what is a histogram? Histograms are a visual representation, on a graph, of the different tone values in your image. They display everything from black at 0% (on the left of the graph) to whites at 100% (on the right of the graph). Midtones describe the area in the middle, and they are neither light nor dark. Histogram can help you greatly when taking pictures in harsh or bad lightning. 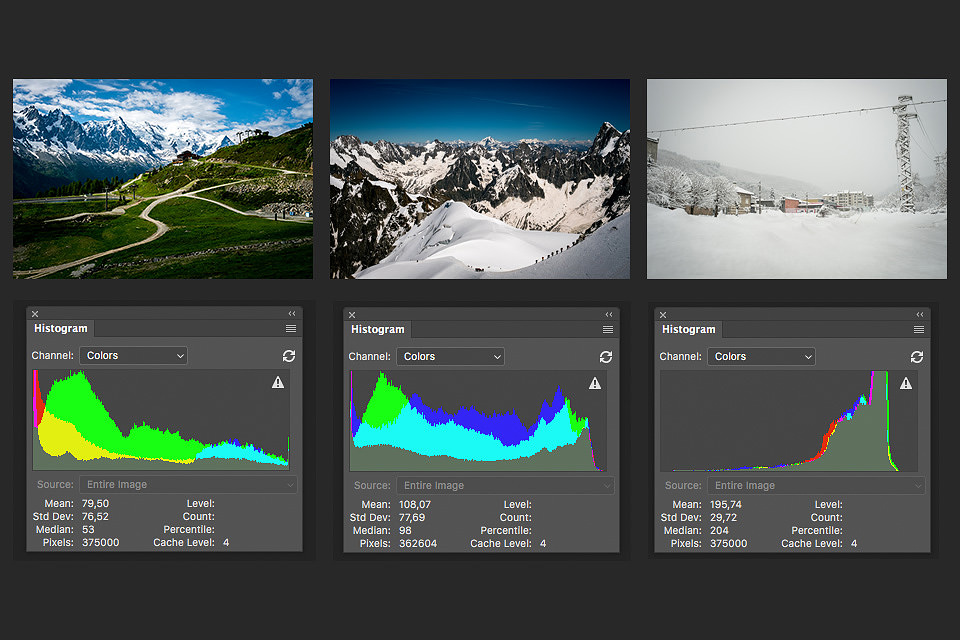 Clipping means that there are areas in your photo that contain no image data (they are absent of any detail): they are either completely black (underexposed), or completely white (overexposed). Take a look at the examples below:

Sometimes this will be totally unavoidable. If you have the sun in your frame or other very bright object, for example, you can’t avoid having some areas of white (overexposed). You will have some clipping in the histogram, but this doesn’t mean the photo isn’t exposed to its optimum.

So, is There Such Thing as a ‘Good’ Histogram?

Histograms are a great guide for exposing your photo, but it entirely depends on the situation at hand. Histogram is meant to be used as a reference when taking a photo. It can help you greatly when taking pictures in harsh or bad lightning.

Do not judge by the histogram when deciding whether or not a photo should be deleted or kept. Just because the tones distribution isn’t what is considered ‘good’, it doesn’t mean it isn’t properly exposed. You should always be aware of clipping at both ends. If it isn’t intentional, adjusting your settings to counter this will help to create a better exposure.

Would you like to know more? Please take a look at the menu above and our photography workshops in Brussels!

All photos are © Ivo Popov